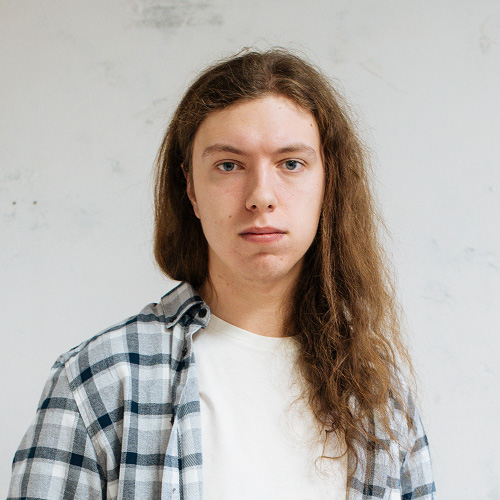 Argumentation about the necessity to familiarize with fixed points lies between opposite stances:

Both make sense. I don’t think somebody can generally be stuck in a career due to “non-knowing recursions.” But still, everyday programming ends up with some recursions sometimes. And better acknowledgment makes life easier.

On my side, I found that I had a lack of naive feeling about what is the fixed point. Initially, I attempted to dive into the matryoshka library. There was not a single attempt but approaching from time to time. And every time, I was scared by the number of prerequisites required to understand the basics.

One of such fundamental conceptions is the Y combinator. There is a vast amount of diverse materials on the topic. And still, I spent a lot of time gathering pieces together. I am sharing my path with the hope that somebody will be able to cut a path.

The agenda for today is:

Further, I’ll be focused on practical aspects. That means writing code as way to build naive understanding. Before doing that, let’s take a look at formal definitions.

fixed point (also fixpoint or invariant point) of a function is an element that is mapped to itself by the function. That is, c is a fixed point of a function f if c belongs to both the domain and the codomain of f, and f(c) = c.

The next brick is Fixed-point combinator(or Y combinator):

fixed-point combinator is a higher-order function that returns some fixed point of its argument function, if one exists.

And more well-formulated motivation could be found on Rosetta Code page:

In strict functional programming and the lambda calculus, functions (lambda expressions) don’t have state and are only allowed to refer to arguments of enclosing functions. This rules out the usual definition of a recursive function wherein a function is associated with the state of a variable and this variable’s state is used in the body of the function. The Y combinator is itself a stateless function that, when applied to another stateless function, returns a recursive version of the function.

Also, I want to share a couple of resources. You can skip them but I still wanted to make it part of the initial familiarization. Some code transformations could be easier for understanding with those materials in mind.

Scala nudges us to start from the end. We have the support of recursions and we can just use it. Whether we like it or not, we always refer to our experience. So, I suggest to not deriving anything from scratch, but making a function less recursive. We used to use recursive definitions and now we have a chance to understand the mechanism better.

recursions that we (don’t) know

No surprise, the standard candidate to cope with is factorial. standard_definition.worksheet.sc:

An explicit type will help to follow manipulations better. standard_definition_with_explicit_typing.worksheet.sc:

And before we started to do anything, I want to pay attention to the perception of the recursion itself. Good CS curriculums bring lambda calculus and explain recursion as self-reference that could be expressed by a few manipulations. Those manipulations are required because lambda calculus has a very simple and limited ruleset; self-reference is not part of that limited set. Those who studied recursions in terms of some modern programming language have a chance to perceive any recursion function as something from self-reference paradoxes list. From such a perspective, recursion works like a miracle and it is better to not think a lot about it. The common target of the next steps is to gain a better understanding of the internal structure and stop interpreting recursion as a black box (inside blackbox inside blackbox inside …).

Well, let’s return to factorial and try to withdraw self-reference. Why did we suppose to do that? The experiment there is doing the simplest possible step to not call factorial from factorial. We probably will need to do connections in some different ways after.

I loved the semi-joke by Michael Vanier:

It’s a tried-and-true principle of functional programming that if you don’t know exactly what you want to put somewhere in a piece of code, just abstract it out and make it a parameter of a function.

Let’s replace factorial call in the body with kernel (it is not a full-featured factorial yet).

And kernel is our parameter now, it takes a number, and returns a number too. factorial_with_kernel.worksheet.sc:

What we can use as the simplest function? The identity function is our friend here.

So, what we will have for zero?

Should anybody care about kernel then?

factorialWithKernel takes care of the 0 input case and ignores kernel:

What about passing non-zero?

So, calculations are broken. The kernel returns 42 and that’s quite expected. Can we tackle that? What do we want in the 1-as-input case? Unconsciously it seems like we already put most of necessary lines.

Are we good? No. We need to generate more kernels for different inputs, we still reach 42 at the second iteration.

Now we understand what we missed once moved to non-recursive factorialWithKernel with kernel parameter. kernel itself is missed! We somehow don’t care about what it particularly does. But still, it should be generated and passed and we barely can do it on our own.

Previously, we already noticed that kernel is something that pitentially could be derived. It hides self-referential structure instead of any particular piece of logic. In practice, we see that result of factorialWithKernel is Int => Int function that does quite the same as kernel itself. We can (and should) use those produced functions as kernels. It sounds recursive too, but it is not a big surprise that we ended up with a demand to turn factorialWithKernel into the function that behaves like kernel (but with allowance to refer to itself).

Let’s return to point number one. We’re passing the kernel. And we expect as a result is the same function that takes numbers and calculates factorial.

An attempt to manually derive the kernel works badly here. It is hard to think about equality once the second function is derived from the first one and that second function can calculate factorial for 1 while the first returns a dummy value. When you do not write the functions down and just explore properties then the kernel is just a function that calculates the factorial of a decremented number. And the same function is returned.

Now, it time to recall fix-points.

fixed point (also fixpoint or invariant point) of a function is an element that is mapped to itself by the function. fixed-point combinator is a higher-order function that returns some fixed point of its argument function.

At that particular moment, things are joining together. We need fixed-point combinator to provide kernel!

It doesn’t clear how it could work. But we can try to move step by step with the hope that iterative updates will work in the end.

Good. Step number one. Set up the signature. We want to pass our factorialWithKernel and receive simple Int => Int back, let’s just put the appropriate signature.

I am replacing Int by generic since it just makes lines shorter.

Now we can start building definition. We need to calculate something, easy step.

One more naive step. We should invoke f, aren’t we?

And what we can provide? Our attempts to provide some particular value failed previously. At that point, we need to introduce indirect self-reference, which had been withdrawn once we replaced self-reference with the kernel.

Does it work? No. The compiler says: “Recursive value calculated needs type”. Not a big deal.

We continue to leverage Scala’s strengths. Laziness could help there.

Without even running factorial we meet java.lang.StackOverflowError.

The problem here is f. We need to pass an argument to it. That argument needs the result of the evaluation. f: (A => A) => (A => A) has function as argument. And that argument is passed by value. That means we need to calculate our kernel before passing it into factorialWithKernel. It worked well when we passed our _ => 42 and manually derived functions. But it doesn’t work when the orchestrator calls f(calculated) and calculated should be calculated before calling f. f(f(f(f(...)))) can’t reach a point of return to finally pass any argument. Again, we cat try to invoke lazy evaluation. We need to amend the argument of f (which is of type (A => A)) and mark it as the passed-by-name parameter.

Anonymous definition without explicit typing will look as previously:

Finally, it works as expected.

The fix manages to perform a pseudo-self-reference trick and “exit on time” without cycling. Source code for all the iterations could be found here: fix.sc

And still, in Scala, there is no explicit demand to avoid recursive definitions. The initial function does the same thing and looks neat.

Are we good with it then? No! In both cases, we have the “opportunity” to overflow the stack. Y Combinator doesn’t help with it. In practice, we need to look for ways to write tail recursion. It is easy to rewrite factorial to make it stack-safe.

There is not much sense in having Y Combinator as separate util:

Diving into Y Combinator is still worth it. It creates patterns that are vital for proceeding with different recursion-related topics like recursive schemes.

To wrap up the topic I also added directions that happen in real-life coding.

tailRecM and explicit state for each iteration

In real applications, we typically need to handle some IO. cats.FlatMap.tailRecM is our friend there.

def tailRecM[A, B](a: A)(f: A => F[Either[A, B]]): F[B] takes initial argument and function that either calculates accumulator A state or returns B that ends recursion.

Let us have a state with the current number and accumulator. We need it to not play around with tuples and those _1 and _2 properties.

And we need an initial state.

And once the state itself is connected to some particular approach, it is ok to add specific functions to the state class itself.

Now it is simplified. factorial_tailRecM.worksheet.sc:

Often, we can gain more transparency after adding explicit state descriptions. Attempts to give meaningful names and write accurate functions nudge to be very specific. In the factorial case, current and accumulator are just generic names for any kind of folding iteration. So, that’s like using i in while/for loop. It would be better to use anything meaningful. And that’s not easy in our case. There are only two hard things in Computer Science: cache invalidation and naming things. We have some accumulator, it aggregates results of multiplication but there is no specific name for such kind of multiplication. We have “factorial” itself but it is the multiplication of numbers in ascending order. But once we start to care more about transparency, we’re free to change the shape of the algorithm. We can start from 1 and iteratively multiply numbers in ascending order to have meaningful values. number: Int and factorial: BigInt have much more sense, also we can return all calculated factorials together as factorials: Map[Int, BigInt]. Naturally, very mechanical multiplyAndDecrement could be replaced by a high-level nextFactorial function. Now we have a more maintainable and self-descriptive structure

The final step is fixed in following snippet: asc_factorial_tailRecM.worksheet.sc

Thanks for reading! Feel free to reach me via Twitter